Situated at the mouth of the River Tweed on the border of two kingdoms, Berwick upon Tweed was once of huge strategic and economic importance. The town suffered centuries of conflict as control passed between England and Scotland thirteen times from 1296 to 1482. Each crisis brought repairs and improvements to the fortifications, culminating in the great artillery ramparts built 1558-1570. These “Walls” survive largely intact, making Berwick one of the most important fortified towns of Europe.

Against the southern rampart is the Main Guard, the only remaining one of four guardhouses that stood inside the gates of the town. Records suggest a guardhouse existed on Marygate as early as 1682, but the Main Guard building as we know it dates from 1743. It was originally situated in front of the town hall and subsequently moved further up Marygate to the top of East Street. Because of traffic congestion in 1815 it was moved from Marygate to its present site at Palace Green. The history of the building from that point is obscure, although it is believed to have been used as both a hostel and a storage depot for a local grocer.

Guardhouses were designed to accommodate the soldiers on guard duty, provide a secure place for holding the drunk and disorderly and to enforce the curfew during the hours of darkness. The Main Guard is comprised of a soldiers’ room, a slightly more comfortable officers’ room, and a prison cell called the “black hole”.

Although the Main Guard is now owned by English Heritage, Berwick’s Civic Society holds it under license as their headquarters and maintains it as museum during the summer months. The museum is in two sections: one room is devoted to the history of the town and the other houses an annual exhibition of current interest.

2019 sees two new exhibitions opening for the season. In the Officers’ Room there is an interesting display of items, posters and photographs about the making of the film ‘Outlaw King’ dealing with episodes from the life of Robert the Bruce. Some scenes were filmed in Berwick with the historic town walls and quayside providing a background.

The Soldiers’ Room has a child-friendly display for 5-11 year olds with three scenes created by Tania Willis, a well known book illustrator. The three scenes show the harbour, castle and a market place. set in medieval times. Small tables surround the display and there are colouring and quiz sheets to occupy the children while parents view the main exhibition dealing with the history of the town.

The 2017/18 seasons had a new display about the 1580 Elizabethan map of Berwick completed after the construction of the ramparts that we see today. During the 2015-2016 period a well-received exhibition ran that dealt with the “Guild and Governors” of Berwick upon Tweed. The 2014 exhibition explored the beginnings of the National Health Service, with emphasis on William Beveridge who was an MP for Berwick in 1944–45.  The 2013 exhibition marked the 500th anniversary of the Battle of Flodden Fields. Previous exhibitions have looked at various aspects of Berwick life, such as the history of arts and education in the town, how Jubilees were celebrated, and Victorian Berwick.  Most of these earlier exhibitions can be seen as PDF files under the ‘Exhibitions’ tab

As well as the displays, the museum offers a wide selection of publications about the history of town and its fortifications. The museum is staffed by volunteers and is open daily (except Wednesdays) 1pm–5pm, from 1st June to 30th September. Entry is free but visitors can make a donation into collection boxes if they wish. 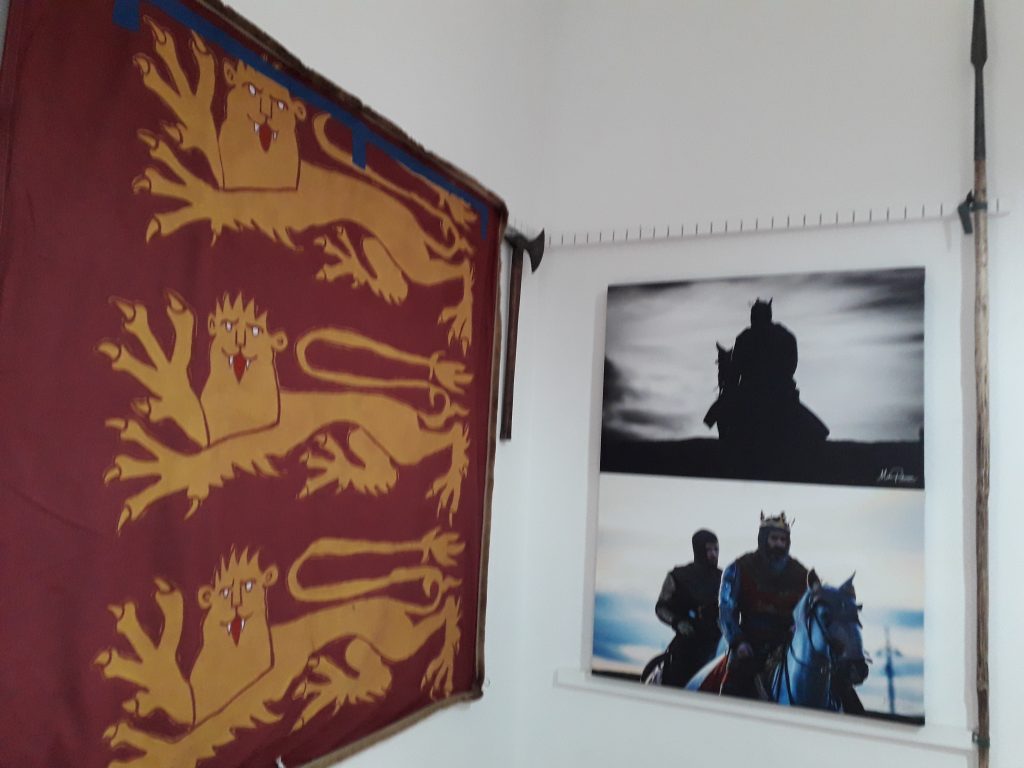